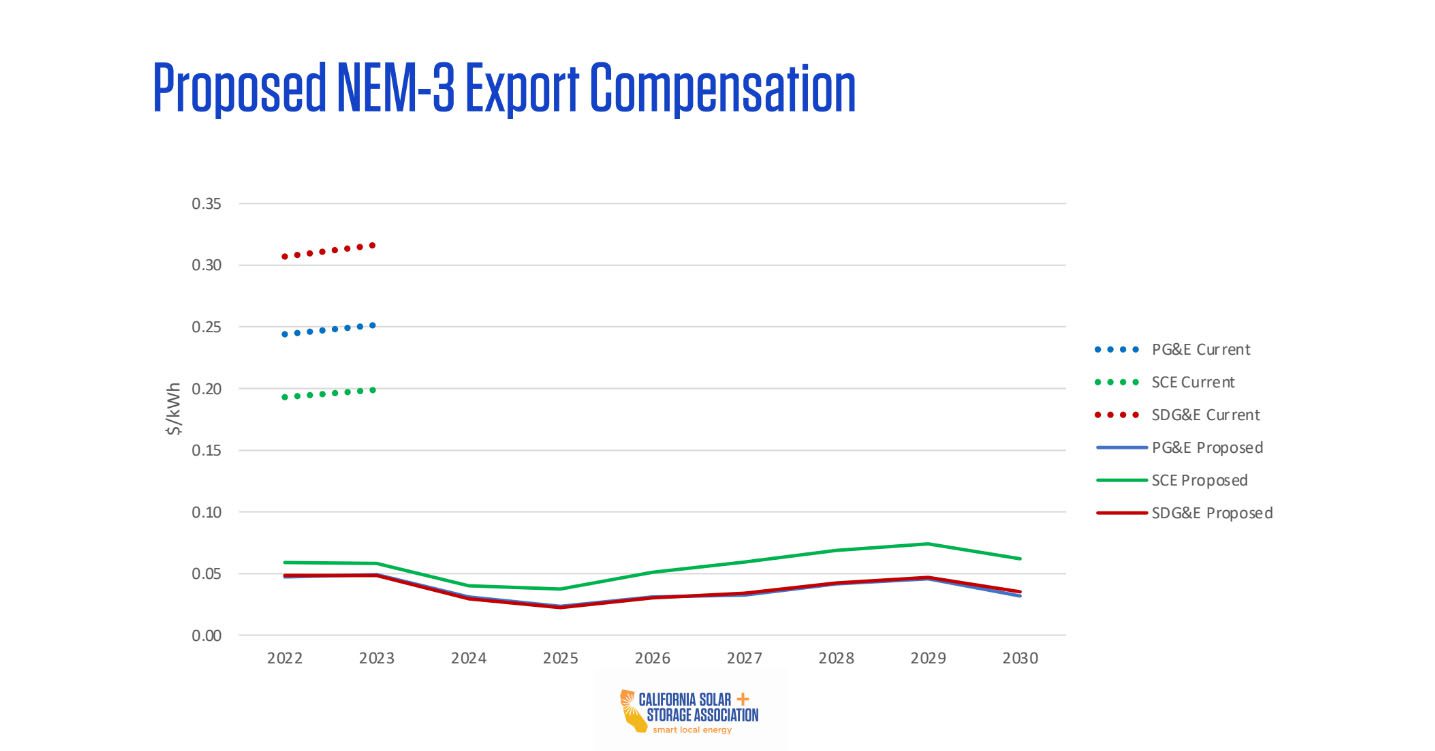 Ross Williams is CEO and owner of HES Solar, one of the top solar installers in San Diego. He advocates strongly to keep solar within reach of the people of California. Solar is a great financial investment for homeowners and business owners. It must stay this way. If you are considering installing solar panels for your home or business, then you have skin in the game. If you are a business trying to make energy costs predictable and lower, then you must get into this fight.

Mr. Williams leads, supports and assists the solar energy. He fights against attacks on solar. He pushes back against the forces that want to take renewable energy out of the hands of the citizens. The battles rage over tariff laws, fees, and restrictions. We all must fight new laws that would favor utility-produced solar and financially de-incentivize private solar energy use.

The current battle clashes over the new rate and possible fee increases. NEM 3.0 could impose restrictions on new solar systems constructed in California in 2022 and beyond. NEM (or Net Energy Metering) is the billing method by which private solar system owners are able to sell the excess power their solar panels produce at roughly the market rate. As a result, solar clients can offset the power they purchase during non-producing hours (basically, when the sun is down).

California homeowners need to retain this ability to share in the energy marketplace so solar in San Diego stays strong. They need rates that are not gamed to target decreasing solar’s value. We must keep solar a positive financial proposition.

Save Solar in San Diego

Mr. Williams recently shared information on the current battle to Save California Solar. He implored every Californian to take just a few minutes to help. so please sign the petition and leave a public comment. You can save private solar. Request that NEM 3.0 does not put bring unfair tariff laws or solar fees. Don’t let the new Net Energy Metering policy destroy commercial and residential solar. Fight to save solar in San Diego and California; as a result your action will keep renewable energy production growing.

All Californians should read this article. So if you haven’t signed the petition to Save California Solar and left a public comment to Governor Newsome, please do so now. It will take only a couple minutes of your time and will make a difference to protect solar.

Mr. Williams thanks CALSSA and Save California Solar for their continued strong fight. The charts presented below are courtesy of CALSSA.

The below is the message that was distributed from HES Solar. As a result, it went to clients who are leaders in running their California businesses on renewable energy.

The Potential Financial Impact of NEM 3.0

I hope 2021 has been a wonderful year for you personally and professionally and that the energy savings, security, and flexibility provided by solar has won you jobs, clients, and tax benefits.

I would like to bring your attention to a challenge facing the future of privately-owned solar systems. As you read this the NEM 3.0 policy battle is being waged in Sacramento between the investor owned utilities and proponents of distributed renewable energy resources. At stake are less advantageous terms to solar systems constructed in the coming years.

This battle has the potential to affect all solar system owners. Our front line advocates need your support to protect the strong financial benefits of California solar.

The utilities’ plans include a version of NEM 3.0 that could impact systems submitted for construction as early as January of next year.

If the fight over NEM 3.0’s tariffs and terms is not won, the payback for future commercial solar systems in SDG&E territory could extend from a few years to multiple decades.

In addition to decreasing the rate at which solar customers are credited, the utilities have proposed massive fixed monthly fees.  These fees would be charged regardless of the amount of solar or energy storage that is installed.  Customers in San Diego County would be hit hardest of all the major utility-served territories:

The value of solar energy would also be hit the hardest in San Diego County:

Currently, solar energy production is a win-win for California businesses. Ownership of a system should remain that way for future adopters. If your business grows into a new location, in part thanks to energy cost savings, you want similarly favorable terms available to you.

Please join me and the other solar advocates already deep into the NEM 3.0 battle. Please add your might to the fight. Sign this petition. Once you submit your information you’ll be directed to a second page; please add a public message to Governor Newsome to keep California solar financially viable for businesses.

As an additional step that could greatly build momentum, please consider sending an internal email to your colleagues and employees. Encourage them to lend their support to this cause. Please contact me if you’d like any help from HES Solar’s marketing department to compose that email.