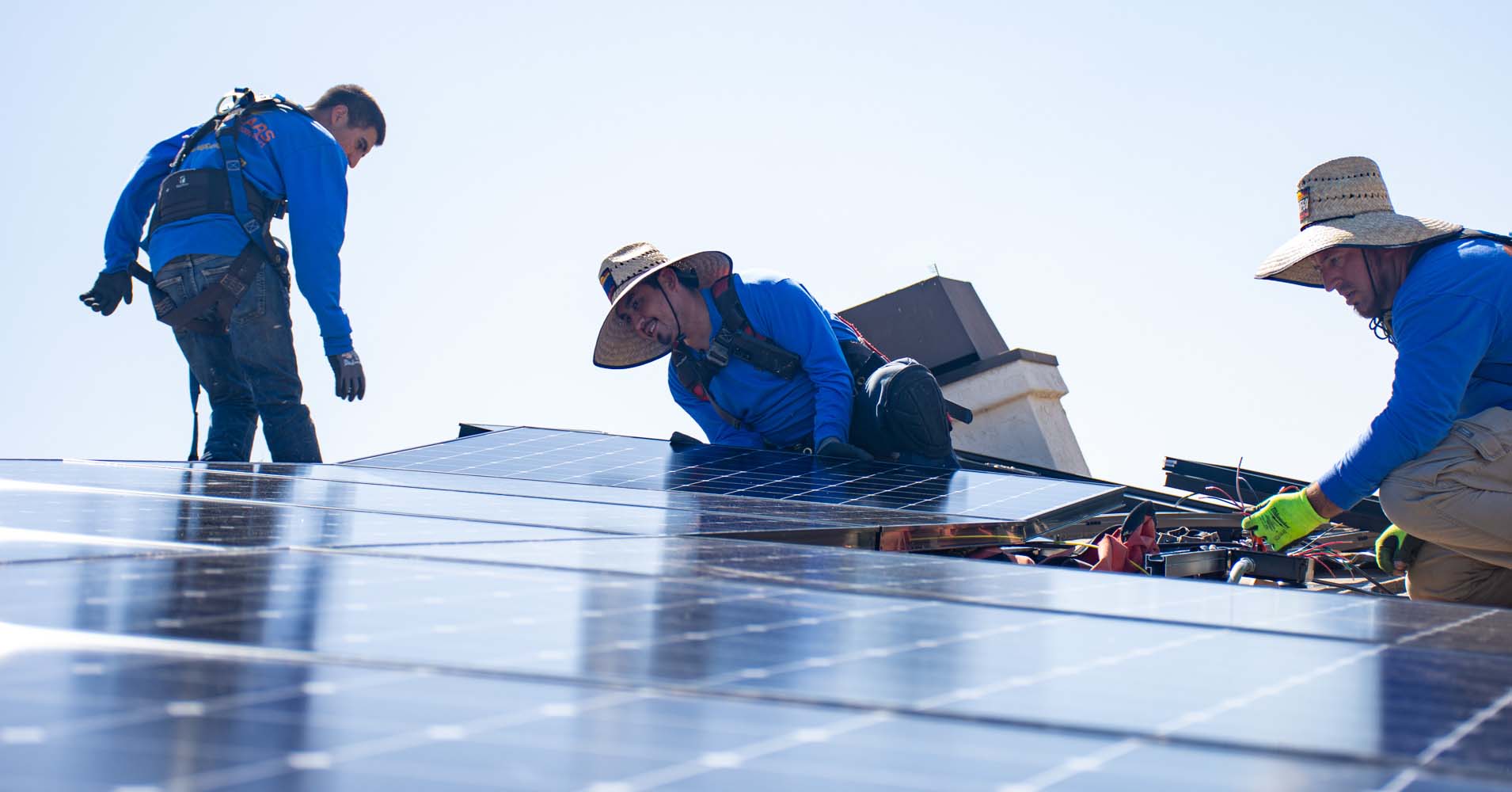 The summer months are traditionally the busiest sales months for solar panel companies in California. There’s also been a push for solar installations at the end of the calendar year for several years. But there is something happening in 2023 that is likely to turn the solar system sales rush upside down. The first two months of 2023 might deliver the biggest panic to get solar that the solar industry has ever seen. This article will explain what’s happened in the past, what’s different for 2023, and why “now” is the best time to get in touch with an HES Solar Energy Consultant.

The summer sales rush for home solar systems is attributed, in part, to increased air conditioner use. When home AC goes on, home energy bills go up. The high electric bills prompt homeowners to make the move to finally go solar. Pool equipment use also increases when pool use goes up, and consequently that has a big impact on electricity bills for homes with pools.

Politics play a big part in the timing of solar system sales, too. Solar panel companies have seen a late-year push for solar installations based on the Investment Tax Credit (ITC). In short, this federal solar benefit gives up to 30% of a solar system’s cost back to the homeowner. This is not a rebate or a write off, it’s credits to use to pay taxes. The ITC has been under threat. Many of the past few years have seen a decrease in the ITC’s percentage payout. Therefore, homeowners on the fence about solar have pushed to get their system installed and energized before the ITC rate drop on January 1.

The ITC is very stable right now. Midway through 2022 the ITC rate was reinstated to 30%. It is set to remain at 30% for ten years. The 30% could drop before that ten year period is over, but the ITC rate is stable from 2022 to 2023. Because of this, the late-year rush to get solar installers up on the roof might not exist…

But a bigger political change is sure to impact sales, and at a time that is traditionally a ‘slow’ period for solar. In the past, homeowners going solar in January and February have found great availability with the top solar panel companies in San Diego. But with the 2023 rush, the top energy companies’ schedules might fill up before many Californians realize the new urgency. That solar urgency is the coming announcement and implementation of NEM 3.0.

For a quick NEM history: NEM is short for Net Energy Metering. This is a buy/sell program created when residential solar was gaining popularity. Home solar systems and home batteries, in almost all cases, are connected to the utility grid. The utility buys the excess solar energy not used by the home to sell it to homes and businesses that do not have solar. This arrangement allows home solar to power more than just the house it’s on. This also benefits the solar homes. The solar homes get ‘store credit’ for electricity they need when not generating, such as at night. The utilities imposed the current NEM 2.0 tariff in 2016/2017 to change the “cost/value” of energy; this went into effect with SDG&E customers in 2016. With the implementation of NEM 2.0, the ‘value’ of electricity dropped during the solar-producing daylight hours and went up in the evening hours.

The upcoming NEM 3.0 will do more of the same and possibly add some fixed charges to solar homes. This is often called a “solar tax.” NEM 3.0 has been a threat to California solar since the beginning of 2022. Pressure from the solar industries, supported by the California solar panel companies, has staved off NEM 3.0 for much of 2022. The California Public Utilities Commission postponed the announcement of their Proposed Decision through the summer of 2022. The upcoming mid-term elections are believed to have then extended this delay again until after mid-November of 2022. Unfortunately the announcement of NEM 3.0 is likely to bring with it bad news to homeowners. The ‘sell back’ rates to the utility will likely be lower for homeowners. Additionally, NEM 3.0 might add some fixed rate charges to solar homes.

Once NEM 3.0 is announced the news will motivate many homeowners to install solar on their rooftops. The families that can move fast will get installed and energized with NEM 2.0, which is expected to be a grandfathered rate. For reference, NEM 1.0 was grandfathered to those systems for 20 years.

As this story is being written, in October 2022, there is no ITC-motivated rush to get solar. Also, with so much other political news, NEM 3.0 is not at the forefront of most people’s minds. But once the news of NEM 3.0 is back front and center, the rush for solar will be on. Top solar panel companies will be in high demand. Not only that, but the rainy months will bring about delays in solar installs. Customers will face a dilemma: go with a proven solar company that has a full schedule (and thus a long wait), or use a lesser-proven company that promises a fast install. Neither of these options is ideal. This problem can be avoided by homeowners who act before the rush to pick their perfect solar company and get their ideal system designed and scheduled.

The close of 2022 is the right time for San Diego residents to research the top solar panel companies in the area. HES Solar has seen company expansion in 2022 and we’re still growing. We’re handling more system installations than ever. But even with our increased size, we’re going to fill up with the solar installs that can be completed in time to receive NEM 2.0.

Move Fast to Get the Best Rates

The tail end of 2022 and the beginning of 2023 are lookinly likely to have extraordinarily high solar sales. Californians looking to maximize the financial rewards of a new solar system need to get started on their solar project right away.

In short, homeowners considering solar will be glad they moved quickly enough to get their system energized with their utility under the NEM 2.0 rules. Homeowners who move too slowly and are forced onto NEM 3.0 will get less financial benefit over the life of their solar system.

Right now is the time to research the solar panel companies, find the best quality group with the best quality equipment, and get started. Fortune favors the bold, and it more so favors the quick right now. Good luck in your research, and please feel free to reach out to us. We’d love to tell you more and show you how we can design and install the right solar system for you. Start putting your electric bill payments toward buying something that will pay you back.