NEM 2.0 Is Still Available for Your San Diego Solar System 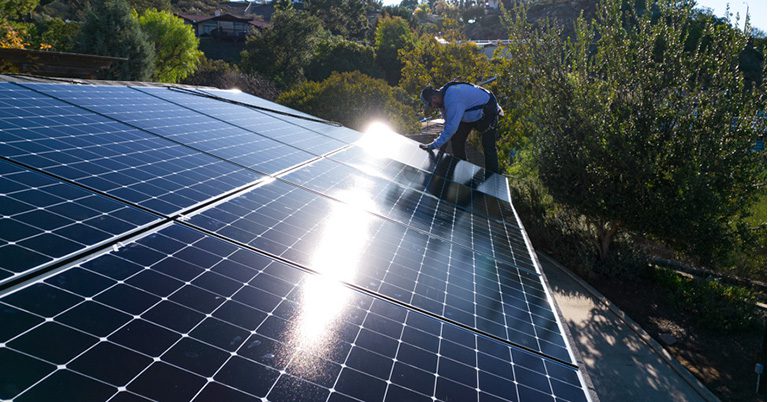 NEM 3.0 UPDATE (added 12.16.22): On 12.15.22 the California Public Utilities Commission voted in NEM 3.0. This is bad news for homeowners and business owners in California. The new rates will negatively impact the ROI on new systems. Residential projects started now are likely eligible to lock-in today’s better rates. Commercial projects have a very tight lead time but may still be able to lock in the better rates. Please contact us soon to learn more and get the latest developments as NEM 3.0 is implemented in California.

There is great news to share. Right now is a fantastic time to go solar. The Investment Tax Credit is back up to its peak 30% tax credit, solar equipment is efficient and reliable, HES Solar has grown again in 2022, and NEM 2.0 is still available.

NEM 2.0 (the current Net Energy Metering tariff agreement) dictates the value of solar. It sets the price at which the Utility either sells or buys electricity throughout the day. Right now the excess energy from solar is sold at a strong rate. In fact, the sell-back rate is so good that residential San Diego solar systems often have a payback period of just five years. But changes on the horizon could reduce the financial benefit of solar by 75%. It is important to act quickly if your goal is maximum energy cost savings.

Please fill out this short form. We will show how an HES Solar system can make your rooftop pay your electric bills.

We will be happy to tell you more about Net Energy Metering and how it impacts your specific energy use. If you ever want to go solar, you owe it to yourself to learn about NEM 2.0 vs NEM 3.0 while NEM 2.0 is still available.

THE VOTE IS COMING

The California Public Utilities Commission (CPUC) is set to vote to finalize the terms of NEM 3.0 on December 15, 2022. The CPUC released an initial Proposed Decision approximately 12 months ago. That decision was destructive to the value of solar in California. The solar industry fought back and got the decision reconsidered… and postponed.

This vote has been postponed through most of 2022 but all indicators point to a December vote on what will become NEM 3.0. It is likely once this decision is finalized, all systems will have a short time to submit the paperwork in order to qualify for the better NEM 2.0 plan. Once grandfathered onto NEM 2.0, the better rates will stay with the homeowner for 20 years. If the homeowner moves, the NEM 2.0 rates do not stay with the house. More on that below.

YOU WANT NEM 2.0 FOR YOUR SAN DIEGO SOLAR SYSTEM

If you’re reading this article in 2022 or the early months of 2023, you may still have time to grab the better rates of NEM 2.0. Under NEM 2.0 your system’s payback period could be as short as five years. After that payback period, your system is essentially creating free electricity. That is energy that would not exist without your solar system. That is energy you would have to purchase without your solar system.

After NEM 3.0 is in place, the exact same system will likely have a payback period of over ten years. This is because the price of electricity during the day will plummet. Your system, if running under NEM 3.0, would get a lower purchase price for the excess energy it produced during the day.

NEM 3.0 WILL IMPACT SAN DIEGO SOLAR SYSTEMS MORE THAN OTHERS

Of the three major utilities in California, SDG&E, SCE, and PG&E, the new rates will hit San Diego solar projects immediately. The other two major utilities, Southern California Edison and Pacific Gas & Electric, will have a five year ‘glide path’ as NEM 3.0 systems ease onto the lower rates. The systems joined to SDG&E will instantly operate at the ‘full’ NEM 3.0 rates.

This is a small consideration relative to the large drop in electricity rates during the daylight hours. All utility customers who lose the option of NEM 2.0 and are forced on NEM 3.0 will have a much longer payback period for their solar system.

To be clear, this blog article is based on the information released in the CPUC’s Proposed Decision in November of 2022. It has not been finalized. However, according to that language, a battery can be added to a NEM 2.0 system without losing NEM 2.0 status. This is great news for new solar systems that want to lower the cost of the system by adding a home battery later.

WHAT ABOUT EACH CCA IN SAN DIEGO?

Community Choice Aggregation (CCA) energy provider options are growing in availability. If you have one in your area it might be an option to help with your solar system’s electricity sell-back rate. From the November 2022 Proposed Decision, it could not be determined how the new tariff changes will impact homes that purchase electricity through a CCA. Homeowners on or considering a CCA should contact the CCA directly for their policies and rates related to Net Energy Metering.

It appears, prior to the CPUC vote, that homes on NEM and NEM 2.0 cannot transfer the NEM status of the system to the new owner. The homeowners cannot take NEM or NEM 2.0 forward to their new house. That’s a set back that of course impacts families who are considering selling or buying a home in the near future.

WHEN WILL IT HAPPEN?

If the CPUC goes forward with their vote on December 15, 2022 and passes the current Net Energy Metering Proposed Decision, the deadline would become mid April 2023 for homeowners and business owners to get their systems designed and submitted for NEM application.

The silver lining here is that – as the rules appear now, prior to the December 2022 vote – system installation does not need to be completed by the deadline. However, the system design must be completed and submitted.

The pressure is on to select a top solar company. At HES Solar, we’ve been giving power back to the people of Southern California since 2001. We would love to speak with you and try to earn your business. We will build you the best system and back it with excellent customer service. Regardless of your decision, we urge you to get the facts on NEM 2.0 and 3.0 while you still have the option of installing solar under NEM 2.0.