To meet BEGA’s requirements of reliable function and top quality craftsmanship, BEGA partnered with HES Solar. The San Diego-based solar and storage installer designed a solar photovoltaic and energy storage system across the buildings’ abundant rooftop real estate. With microgrid functionality, the facility is designed to continue its operations during any California utility outages.

HES Solar constructed the solar systems in two phases and then installed two Tesla Megapack Energy Storage Systems (ESS) onto one concrete pad situated between the buildings. Each system was built to run independently as a stand-alone energy generation and storage system serving each building.

BEGA’s Carpinteria campus now produces electricity on its building rooftops as well as fruit along its border landscaping. The system will allow the company to operate at over 85% renewable energy use. The system will provide over 8.7 million dollars in energy bill savings over the first 25 years.

HES Solar helped BEGA receive the maximum benefits from several incentive programs for commercial solar and energy storage construction. These include the Investment Tax Credit as well as the California MACRS Depreciation and the Federal 100% Bonus Depreciation incentives. The Tesla energy storage system additionally qualified for the Self-Generation Incentive Program (SGIP) through the state of California.

The California sunshine now powers the California fabrication, assembly, production and shipping jobs. The operation is not dependent on grid power to meet orders and spread BEGA’s innovative lighting design to the American continents. 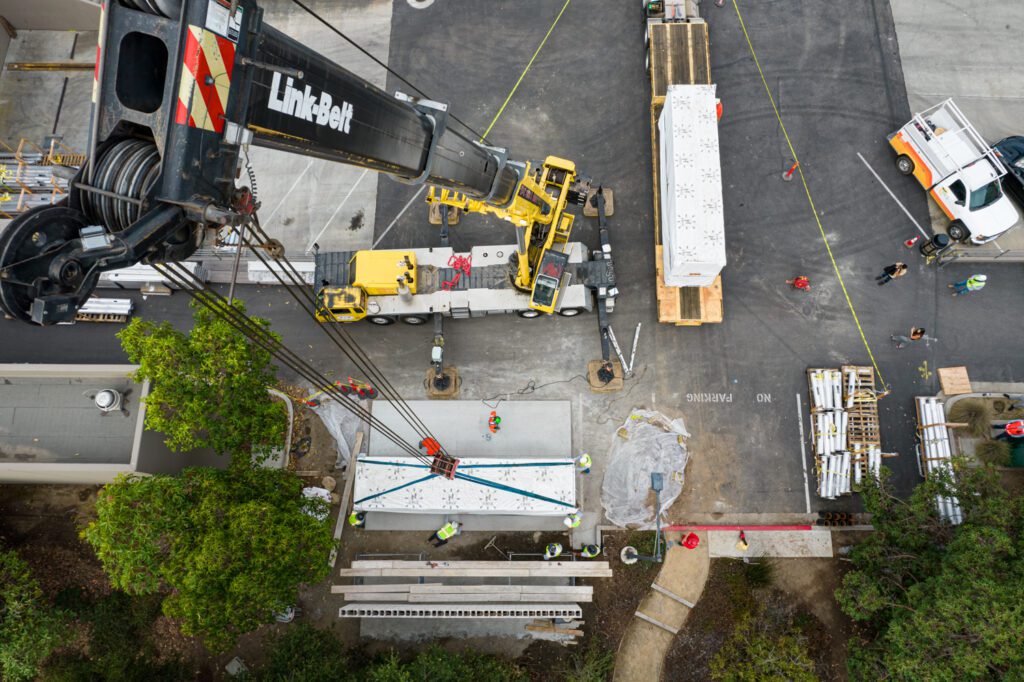 “Long before the term sustainability became a mere advertising slogan, we attached importance to careful design and the intelligent use of raw materials. Sustainable resource management and the creation of exemplary production facilities, for both our workforce and the environment, have been part of our basic entrepreneurial principles from the very beginning.“

“At the YMCA of San Diego County, we’re always looking to implement sustainability measures to help our facilities be energy efficient.”
- Luis D’CarpioVice President of Facilities & Sustainability
YMCA of San Diego County
“Hamann Construction selected HES Solar to help deliver this project due to their competitive pricing and the similar shared values of integrity, quality workmanship, and a customer first focus, all of which has been at the heart of Hamann Construction for over 60 years.”
Hamann Companies
"The reason we went with HES is that they were very transparent, they were up front about what they were going to do, the pricing, everything was laid out clearly and we had a good feeling about them and knew they would get the job done. The installation process went smooth. The project manager broke everything down, month to month, week to week, and sent us updates on what was going on. Those updates told us everything, and if we had questions, we asked, and we'd get responses really quickly. Like I said, it was painless, and we were very happy with that.”
- Michael NepomucenoVice President, Operations
BioFilm Inc.
“Energy Toolbase and HES Solar have been great partners to work with and we are optimistic about deploying many more energy storage systems together in the future."
- Michael LiuSenior Director of Energy Storage
BYD
"We care about being good stewards of the environment and about our bottomline. Why did we choose to go solar? The ROI is fantastic! We were waiting for a company that gave us a good vibe and was less pushy, sales techniques, and just the nuts and bolts of solar. That's what Ross and his team at HES Solar offer. They provided a good, solid plan to go solar with little involvement from us after signing the contract. There was little to no disruption to our business operations. Wenjie was the project lead and he ran with it, and now we've got this turn-key product that's going to substantially reduce our power bills. If you were to ask me when is a good time to go solar I'd say yesterday. Do it now! Our only regret is that we didn't do it sooner.”
- Matt Morton Director of Development
The Brigantine Restaurant Corporation
“The decision to go solar was based on multiple factors. Long term cost savings and clean energy was what we wanted, and there was a nice tax write off. When you add all of those factors together it was a no brainer, and we get so much sunlight here that it keeps producing every day. A friend of mine is an engineer and did a lot of research and he recommended HES Solar. We outsourced our research and compared bids and chose HES Solar; they met our requirements, they’re a very professional company and have the best equipment and best SunPower panels..”
- John Cobian GM
Cobian Sandals
“We decided to go solar and to install EV chargers in our facility after a careful analysis of the return on investment (ROI). For the ROI calculation, we took in consideration the benefit to our community, our team, and our bottom line. Solar allows us to continue growing while offsetting the considerable (and increasing) cost of electricity. We chose HES Solar because of our commitment to invest where we make our x-ray machines – thus creating local jobs and improving the lives of our team and their families."
- Dr. Bill CardosoFounder and Owner
Creative Electron
“Every community we create is designed with the wants and needs of our customers in mind. Our residents tell us that conserving energy and saving money on their electricity bill is important to them. Solterra is the first apartment community in San Diego to derive all the electricity residents need for daily living from the sun.”
- Mike NealPresident and CEO
H.G. Fenton
"HES installed Solar Panels on our commercial building. They were able to work with the City of Encinitas quickly to get our permits. Their bid was much more reasonable than other companies that do commercial installations. The installation went smoothly and they did a great job. A couple of issues identified were handled fairly and professionally by HES. They have a knowledgeable and friendly team, and the management personnel are accessible and easy to work with. I would highly recommend this company for your Solar installations."
- O Holmes
"HES did the solar panels for our church (Vista La Mesa Christian Church in La Mesa) about a year ago. They did such a great job that I recently contacted them to expand the solar system for our home. They came out right away to take measurements and give us an estimate, and now the project is under way. This week the electrician, Mike, came out to upgrade our electrical panel. Just about the nicest guy you could meet! I have only positive things to say about this company."
- Karen C.

"We used HES several years ago for the installation of a ground mounted solar system. We had a very long wire run and they did a great job installing the conduits with access points and finding a suitable location for maximum sun exposure. The system performed flawless since then. A few years later we wanted to expand the system. Several solar companies we contacted told us it would be very expensive, require new trenching or not possible at all. We contacted HES again. We had some initial run around with the design consultant who was not familiar with our system. Eventually, Martin Learn the owner came out and designed an upgrade solution that was very cost-effective, made use of the existing conduits and panel support structure. He offered us newer, more effective panels that blended in perfectly with the old ones. Thankfully they had designed the original system with an upgrade in mind. The crew doing the upgrade did an excellent job and avoided any stucco damage on the house entry points."
- Bernd S.
Previous
Next

Get a free estimate today!